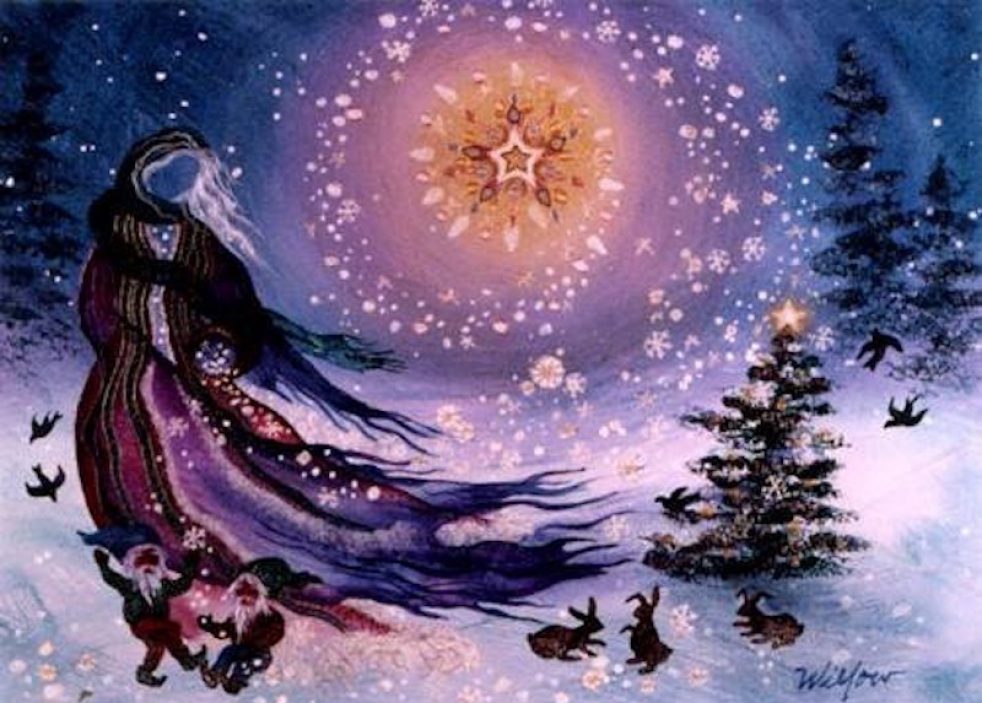 God sat in his chair at the helm of his spaceship. In front of him, through the window, not too far away, sat Earth. But he took no notice of the planet, for he was immersed in a game of Scrabble on his phone. His friend Ganesh was kicking his ass once again.

“No idea,” God texted back. “Probably having a way more exotic evening than we are.”

Just then, the door to his office opened. God began to shuffle from his slouched position deep in his chair, but his old bones slowed the process. Besides, his visitor was already upon him.

The Goddess bent over next to him, her lean and attractive body brushing against his just a little. Her long black curly hair fell in a gorgeous drape as she cocked her head to look at him sideways as he slumped in his chair.

He sat up and looked at what she was doing to his control board.

“What are you…” he began, but her perfect black-polished fingertip was already on the “Winter Off” button for the northern hemisphere.

She clicked it “On”. Then she stood back up.

He twisted in his chair and took a good look at his gorgeous wife. She was all dolled up, wearing a denim miniskirt, black platform boots and a cut up Led Zeppelin t-shirt.

“I don’t know what the hell you’ve been doing up here,” she said. “but if I have to take one more call from Ohio about how damn cold it is there for May, I’m going to flip my shit.”

She was so pretty, and she was so irritated.

He was guilty. He knew it.

She rolled her eyes and tapped her foot like she was still mad.

“You look gorgeous,” he told his girl. “Why are you all done up? What are you getting into?”

“John Bonham is playing in town tonight. I told you this. Satan bought us tickets months ago.”

Ohhhh. Now he remembered. His best friend and his wife had bonded over a love for Zeppelin way back when the band first exploded on the scene on Earth. Of course…that show was tonight.

“Ganesh and I were wondering where Satan was.”

“Ha”, she said, smiling slightly. “Well, that man actually likes to get out of his chair and off his phone every now and then. You know…live a little.”

Just then they heard the giant roar of an engine and the song Moby Dick blasting at a million decibels outside.

God looked out the window.

Satan was standing there, next to his bad-ass shiny black 1977 Corvette Stingray with the fire lick painted detail on the car’s sides. He was dragging on a cigarette with one hand and flipping his old buddy the bird with the other.

“Your date is here.”

The Goddess gave her husband a quick peck on the lips then went for the door.

God looked out his giant window again and watched as his wife and Satan stood with their arms around each other posing for a selfie. Then she climbed into the passenger seat and he shut the door. The Dark Lord turned back to God one more time, threw up devil horns to his buddy, got in his car, then they flew off like two bats out of hell.

God sighed and slumped back into his chair.

Ganesh had texted, “Where’d you go?”

The creator of the universe looked down at his tiles. He couldn’t believe what he saw.

He clicked them up and laid them down, one by one.